Skip to content
Home/Event, News, Producer/Just what are the new Chianti guidelines about?!

Just what are the new Chianti guidelines about?!

Earlier this year the Consorzio of Chianti Classico  agreed to a proposal to divide the historic wine region into 11 subzones, or official additional geographical units, named in Italian unità geografiche aggiuntive (UGAs). But what does this really mean, both for producers, their winemakers, and consumers? Our Portfolio Ambassador Peter McCombie MW sheds some light… 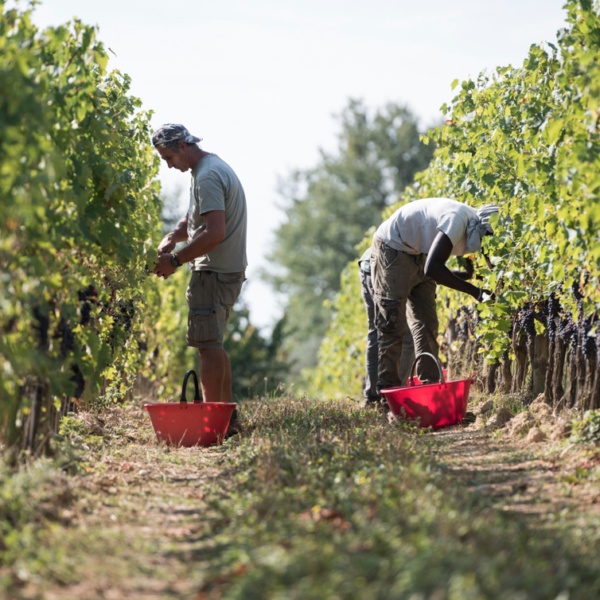 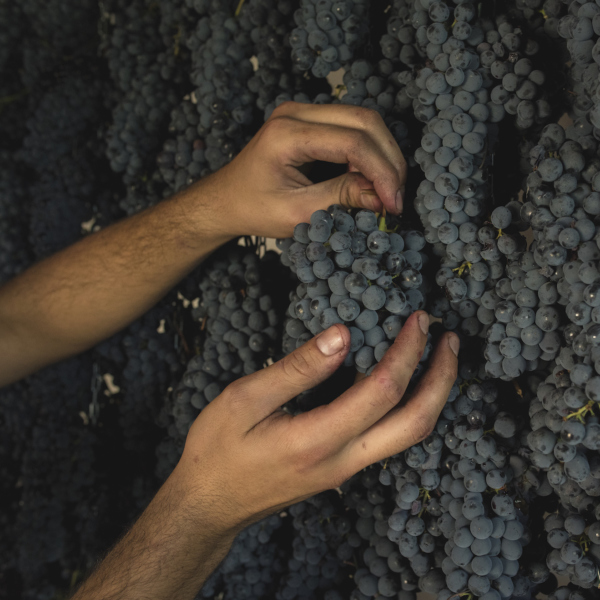 It’s been a long time coming, but earlier this year the Consorzio of Chianti Classico – the body that makes the rules – agreed to a proposal to divide the zone into 11 subzones, or official additional geographical units, named in Italian unità geografiche aggiuntive (UGAs). Each is named after the communes on which they are based. They are, from north to south: San Casciano, Montefioralle, Greve, Panzano, Lamole, San Donato in Poggio, Castellina, Radda, Gaiole, Vagliagli and Castelnuovo Berardenga.

One of the challenges of European wine law is that detailed questions of appellation and origin don’t always mean as much to consumers as they do to the producers, who argue for their incorporation into law. Sometimes it seems more about campanilismo (or parochialism). Given that some of those UGA names might be unknown to all but the keenest students of Tuscan wine, we might well ask if they are useful or meaningful.

The entirely laudable goal behind the new subdivisions was to break up the denomination into smaller, more homogenous areas while keeping the list contained and retaining names already recognised by Chianti Classico aficionados. They incorporate a combination of physical and human factors, rather than being strictly based on scientific factors. This gives rise to some lesser known names. For example, Montefioralle has been detached from Greve, along with the rather better known Panzano and Lamole. The well-known southern commune of Castelnuovo Berardenga has been split in two. Shaped a little like a butterfly, the commune has been split along a ‘natural’ division. The eastern wing keeps the name of Castelnuovo Berardenga, while the western wing takes on the name of Vagliagli, which is far less known. Conversely, San Donato in Poggio combines Barberino Tavarnelle with Poggibonsi, following the logic that the two communes, being sides of the same hill, belong together. (Oddly, there doesn’t seem to be a map on the consorzio’s website, but Patrizia Baldini’s website Olives & Grapes has one.)

With the exceptions of Montefioralle and Vagliagli, all of the new UGAs have historic significance, while the inclusion of Lamole makes sense considering this is Chianti Classico’s highest vineyard area, with a number of historic vineyards producing a distinctive style of wine. 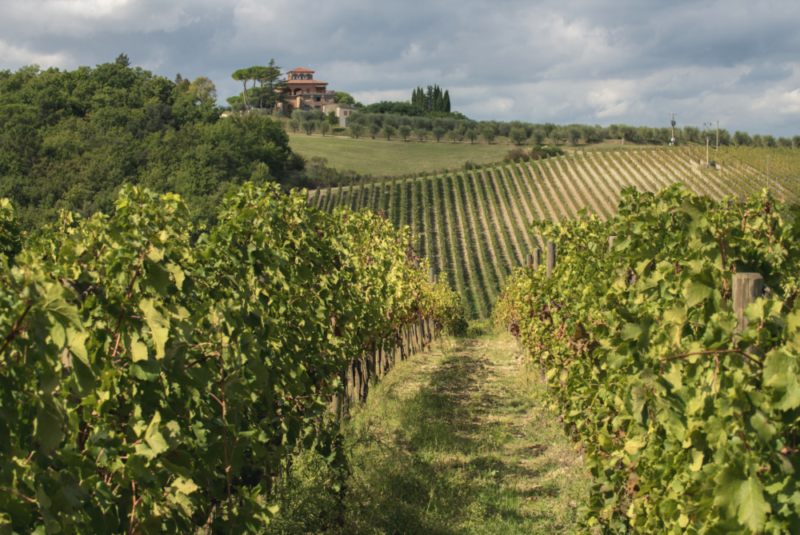 As Walter Speller points out, further backing to the decision to introduce subzones was provided by strong historical evidence cited by Bill Nesto MW and Frances Di Savino in their excellent book on Chianti Classico. See JancisRobinson.com for more details of the historic underpinning, in Speller’s review of the book. (Better still, buy the book!)

Other factors the consorzio’s board took into consideration included the culture of the individual territory. For example Consorzio President Giovanni Manetti points out that in each of the UGAs there is an existing winery association. The presence of winery associations may indicate where additional UGAs might be found, in the future.

Initially the use of subzones on the labels will be reserved only for wines in the Gran Selezione category, which represents a mere 6% of the total production. While that decision was not unexpected, its logic might be seen to be at odds with the ethos, since some of the Gran Selezione wines are arguably not especially expressive of the traditional style of Chianti Classico. On the other hand, the requirement that wines labelled as UGA must have a higher percentage of Sangiovese than ‘ordinary’ Chianti Classico (90% vs 80%), supplemented only by indigenous varieties, with international varieties specifically excluded, does incline towards support for a more traditional, more authentic style. 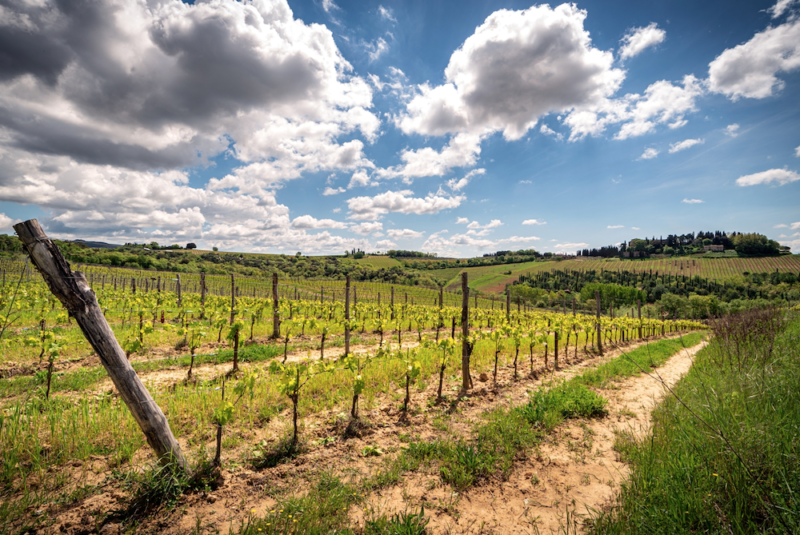 The relatively cautious nature of the coverage of the new rules perhaps reflects some differences of opinion between smaller and larger producers within the consorzios. It is likely however, that the use of UGAs will be expanded to cover other categories of Chianti Classico as time goes by. The introduction of Gran Selezione was also marked by controversy and disagreement. However, it is clear that Chianti Classico needs additional differentiation to reinforce its claim to be a production zone of the highest quality.

Just as we might hope to find stylistic coherence amongst the wines of Haut Médoc communes in Bordeaux, so we might hope to do the same with the UGAs of Chianti Classico. I am not so bold as to attempt to do so yet and I have so far been unable to find anyone who claims to do so, certainly in print or online.

So where does that leave the thirsty lover of Tuscan wine treasures, who wishes to explore further? No doubt a comprehensive understanding of the styles of the UGAs will arise, but in the short term, our search for better Chianti Classico will continue to be guided by the reputation and labels of individual estates and winemakers. Carson and Carnevale are delighted to be on that journey and working with two excellent Chianti Classico estates: San Giusto a Rentennano (in Gaiole) and Villa Trasqua (in Castellina). To get their thoughts into the new regional rules, I spoke to their winemakers: Luca Martini di Cigala from San Giusto a Rentennano (Gaiole) and Franco Bernabei from Villa Trasqua (Castellina). 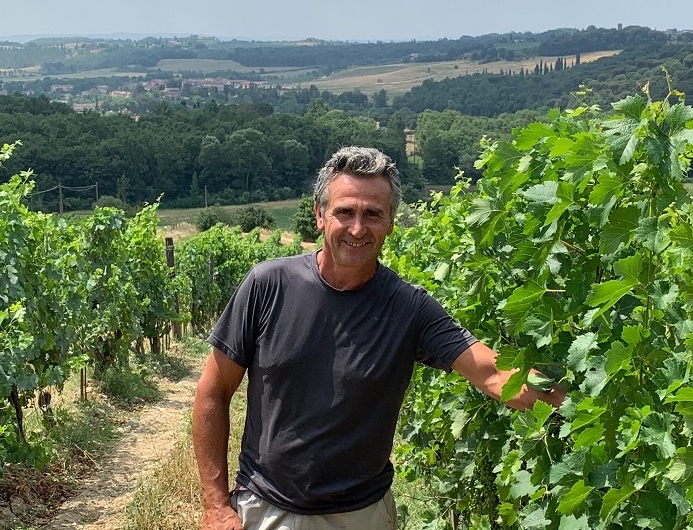 Peter: Are you a supporter of the new regulations on unità geografiche aggiuntive? If so, or if not, can you say why?

Luca: In theory, it is a great idea to create subzones improving the knowledge of the Chianti Classico territory but, in my opinion, the first mistake made with it was the lacking qualitative parameters required, followed by the fact that it has started exclusively with Gran Selezione. When the focus is on the terroir it doesn’t make any sense to prioritise a single category. This happens when commercial mentality prevaricates agriculture!

Peter: What would you say are the distinguishing characteristics of Gaiole Chianti Classico in general?

Luca: Gaiole is beyond doubt the most heterogeneous terroir of Chianti Classico. For example, the southern part of the region is at a low altitude, with sandy and stony soils along with a mixture of clay/silt/alberese; whilst the east and west feature stony galestro-alberese and are at a medium- high altitude. On the other hand the northern part is at an altitude of more than 600m, where white galestro is found. It is also interesting that more than 80% of the Gaiole in Chianti territory is covered by woods.

Peter: How do your winemaking practices intersect with terroir and local typicity; do they mould or enhance them?

Luca: A good wine grower tries as little as possible to influence the expression of the climate and terroir, without interfering. This is easier said than done though, especially faced with the huge challenges climate change is presenting, which are getting worse year on year. We have even started to place black nets on the side of the west-facing row, in order to protect grapes from sunburn.

Peter: How is San Giusto a Rentennano unique?

Luca: It is not San Giusto a Rentennano itself that is unique, rather it is the set of factors that make up the terroir. That is to say: the soil, climate, grape variety and last but not least, the human touch. I honestly don’t know which of these is the most important. What I can say though is that despite the concentration of our wines, they are always elegant, with good acidity.

Peter: Are you a supporter of the new regulations on unità geografiche aggiuntive? If so, can you say why?

Franco: The Chianti Classico region is very large, and there are substantial differences in terroir, including varying soil types, exposures, microclimates and biodiversity. Therefore, a further breakdown of its parts can only enhance and distinguish wines made from grapes coming from particular soils and sub-zones. I have been supporting this project for 40 years (see Panzano, Lamole), and believe that the fact this new breakdown has started with a focus on Gran Selezione serves to bring greater prestige to such an important and recognized denomination in the world.

Peter: What would you say are the distinguishing characteristics of Castellina Chianti Classico in general?

Franco: Castellina in Chianti rises above the surrounding area with slopes and vineyards with a south-east to south-west exposure. In the medium-low areas the soils composed mainly of Alberese rock produce wines of elegant character and balanced acidity, in addition to the roundness and varietal persistence of Sangiovese. In the upper vineyards, where the temperature range is higher, the acidity and tannins increase and the silkier Sangiovese characteristics come out with greater intensity.

Peter: How do your winemaking practices intersect with terroir and local typicity; do they mould or enhance them?

Franco: A lot of passion must be invested at the beginning. Every estate, every plot, every vineyard is vinified in a targeted way, which constantly aims to enhance the typicality of the territory and the winery itself. The winemaking technical sheets are always studied looking at tradition and respect for the territory, but also increasingly with a technological key. But it is key to always touch the grapes with your hands – only those who put their hands on the land and its fruits can enhance them.

Peter: You work with a number of estates across Tuscany and I know you do not seek to impose a specific set of winemaking practices on individual properties. What makes Villa Trasqua special?

Franco: I started working with Villa Trasqua eight years ago, and terroir is constantly respected there. Trasqua has a unique microclimate, and massal selection of the clones was initiated to ensure a uniqueness and typicity of the estate wines. Trasqua has a focus on ageing but its wines have a good structure, body and taste of the land. Its soil has a different biodiversity to the rest of Chianti Classico in general – Jurassic period rocks, with a very special chemical composition, which is very rich in iron, magnesium and other elements such as copper, zinc and nickel.