Wines from one of Tuscany’s most celebrated estates

Following our first successful virtual tasting hosted by Caterina Sartarelli and Peter McCombie MW, we are delighted to announce our next monthly tasting on Tuesday 17th August, featuring one of our key Italian agencies – leading Tuscan producer Tenuta Sette Ponti, whose wines are some of the highest awarded and revered from the region. 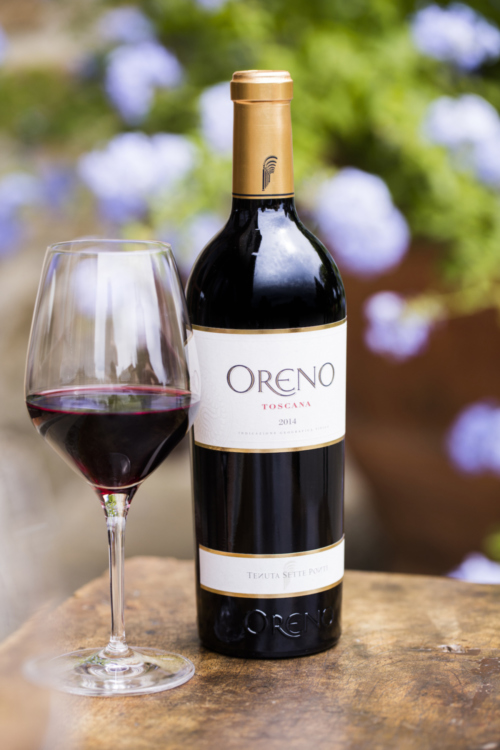 “Sette Ponti has made serious wines for a while now, but over the last few years, proprietor, Antonio Moretti, and consulting oenologist, Giuseppe Ca Viola, have taken things to another level.” — Antonio Galloni.

Tenuta Sette Ponti is the vision of one man, Dr. Antonio Moretti, who after taking over the estate from his father in the late 1990’s decided to produce estate-bottled wines. Recognising the estate’s exceptional terroir, Dr. Moretti, alongside celebrated winemaker Giuseppe Ca Viola, has transformed Sette Ponti into one of Tuscany’s most celebrated estates. Recent accolades include Gambero Rosso’s Winery of the Year in 2015, multiple 99 point scores and numerous “Top 10 Wines in the World” by various publications, from around the world. Most recently, the forthcoming 2019 vintage of their flagship wine Oreno has been awarded a rare 99 points from James Suckling in July 2021.

This year the estate celebrates the 20th anniversary of its flagship wine, Oreno, with the release of the 2019 vintage. Oreno, which was first released in 1999, was born out of Dr. Antonio Moretti Cuseri’s desire to start planting Bordeaux varieties in the estate, struck by their elegance and finesse during his frequent travels.

Tenuta Sette Ponti Crognolo Toscana IGT – 2018
This Sangiovese (90%) and Merlot (10%) blend has great balance and vibrancy, and is less tannic than a typical Sangiovese, making it an easy-drinking wine. 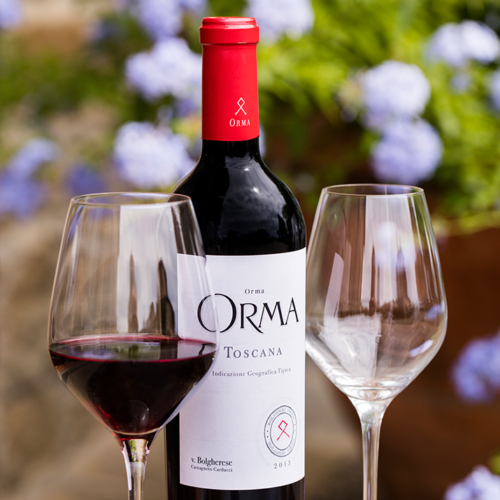 “This Bordeaux blend from Bolgheri is a challenger to Sassicaia and Ornellaia.” – James Suckling.

Purchased in 2004 by Tenuta Sette Ponti owner, Dr. Antonio Moretti, Orma is a 5.5 hectare estate that is nestled between two illustrious neighbours Sassicaia and Ornellaia, in Bolgheri, coastal Tuscany’s outstanding wine region. Bolgheri has long boasted an impressive reputation in the world, earning its prestige as one of the most impressive and creative production areas in the world wine, noted for its experimentation with innovative blends of Cabernet Sauvignon and Merlot.

Orma’s debut vintage in 2005 received the stellar reviews its privileged location demands and today, Orma is recognised alongside Bolgheri’s finest wines, with James Suckling declaring: “This Bordeaux blend from Bolgheri is a challenger to Sassicaia and Ornellaia.”

The estate itself is located in the district of Castagneto Carducci within the Bolgheri DOC. Southwest facing, the vineyard is planted in deep soils with abundant pebble and clay content, and little sand, an exceptional environment for the plantings of Merlot, Cabernet Sauvignon, and Cabernet Franc to produce richly defined and concentrated wines.

Orma is also the name of the first label produced in the estate. A blend of Merlot (50%), Cabernet Sauvignon (30%) and Cabernet Franc (20 %), it began to win international accolades right from its first vintage, in 2005. Passi di Orma, a Bolgheri DOC, was born from the excellent 2015 vintage.

Orma Toscana IGT 2018
This consistently high-scoring Super Tuscan was described by James Suckling as “a challenger to Sassicaia and Ornellaia.” Grown in Bolgheri, this is a rounded and complex blend of Merlot (50%), Cabernet Sauvignon (30%) and Cabernet Franc (20%). 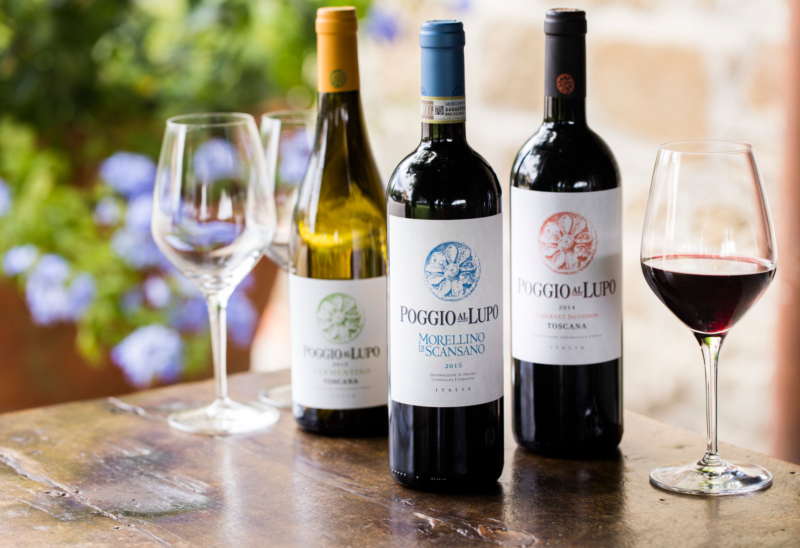 Founded in 1999 by Antonio Moretti, Poggio al Lupo, which translates as ‘Wolf’s Knoll’, is based in Maremma, located on the west coast of Italy, almost directly south of Florence. The vineyards lie on top of rich clay, sandstone and marly limestone soils, stretching across the Magliano hills. The latter provide varying south facing altitudes (100 – 330 metres above sea level) for their Sangiovese, Cabernet Sauvignon and Vermentino vines.

The estate itself extends across 130 acres of land, of which 35 acres are planted with vines. The vineyards lie on top of rich clay, sandstone and marly limestone soils, stretching across the Magliano hills. The latter provide varying south facing altitudes (100–330 metres above sea level) for the Sangiovese, Cabernet Sauvignon and Vermentino vines. The vines grown for Morellino di Scansano (recognised as DOCG since 2006) are concentrated in the most sunlit and elevated areas of the property where the air circulates freely, with the moist soil providing a soft and graceful wine. The Vermentino vines cover around 7 hectares, at a lower and cooler height of around 100 metres above sea level, where the soil is richer in minerals and limestone producing a fresh and mineral-flavoured wine.

Poggio Al Lupo Vermentino Toscana IGT – 2019
An outstanding example of Vermentino, which is the white grape most widely cultivated along the Tuscan coast, where it expresses its organoleptic characteristic at its best. The soil, rich in minerals and limestone, transmits to this wine crispness and minerality.